How the solar cells work

Solar energy may be converted into electrical energy by a thermal route using heated vapour to drive a turbine/generator set, much like that of a conventional power station but without the need to burn a chemical fuel to generate steam.

Alternatively the heating process may be eliminated by using direct conversion of sunlight into electricity in a solar cell. This solid–state device operates by the photovoltaic effect, using the internal electric field of the cell to separate positive and negative charges that have been created by the absorption of light.

An effective cell comprises an opaque material that converts some of the incoming light into electrical charges, an electric field that arises from the difference in composition between the semiconducting layers comprising the absorber, and two electrodes to carry the positive and negative charges to the electrical load. Designs of solar cells differ in detail but all must include the above features. 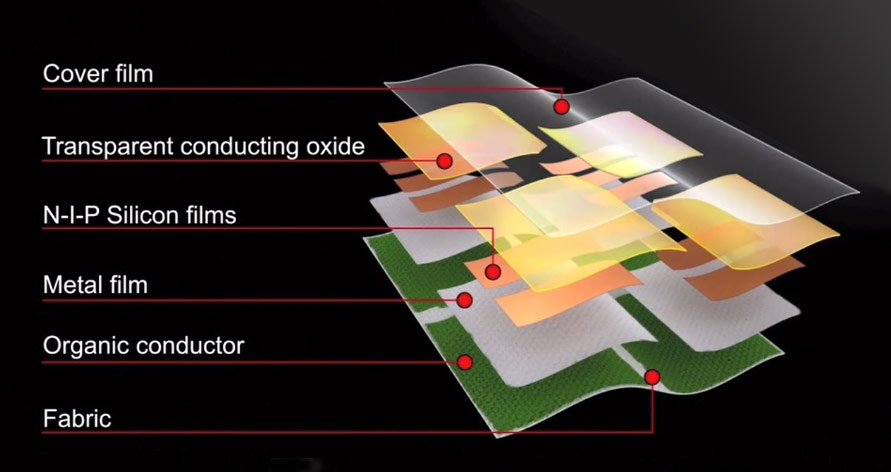 This is how the solar cells work

The first commercial cells used crystalline silicon as the semiconducting absorber, because it can absorb a significant fraction of the solar spectrum and the technology was established to ‘dope’ silicon to form two layers that have a built-in electric field between them was.

Since those early days, technological developments have been driven to increasing the power conversion efficiency of sunlight to electricity, restricted only by the thermodynamic limit of ~32%. Crystal silicon cells have attained ~24%, but with increased complexity in their structure and at greater manufacturing cost.

Other developments in semiconductor science and technology have produced much cheaper thin film non-crystalline silicon cells that achieve about half this efficiency.

More recent research into organic materials (polymers) promises an even cheaper semiconducting material, but present efficiencies are ~5% for small areas and there are problems with durability.

We believe that our unique photovoltaic battery concept, which is directly integrated onto fabric, could provide numerous solutions to several industries including construction, security, transportation aeronautical and horticulture to name a few. 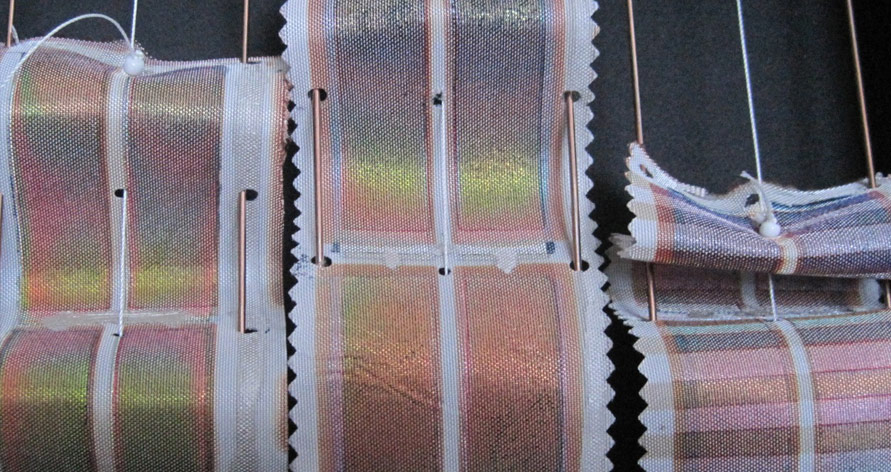